In a unique British and German collaboration, Katie Mitchell places the story of three women – still largely ignored by historiography – at the centre of a stage work that combines live film images with a text collage by Duncan Macmillan. »The Forbidden Zone« gives a one-of-a-kind perspective on the greatest catastrophes of the early 20th century. In 1915 Clara Immerwahr, chemist and the first woman awarded a PhD by Breslau University, rebels against the efforts of her husband – the famous chemist Fritz Haber – to make his research in chemistry available as the first weapons of mass destruction. Fritz Haber develops, through his experiments with poison gas mankind’s first weapon of mass destruction. As an ardent Prussian patriot, he successfully deploys this weapon on the Western Front at Ypres. Prior to his departure to the Eastern Front to deploy more gas, Clara uses Haber’s service pistol to take her own life in protest – an event which is scarcely reported in the press. At the same time, a nurse is working in a military hospital at the front. She falls in love with an unknown soldier who dies following the poison gas deployment led by Fritz Haber. The real-life model for this nurse is the American Mary Borden who worked in a field hospital on the Western Front and later wrote »The Forbidden Zone«, a prose account of her experiences. Clara Immerwahr’s granddaughter Claire takes up a position in a US-chemistry laboratory where she dedicates herself to the peaceful use of science. When, in 1949, the work on finding an antidote to phosgene gas is terminated, Claire is filled with despair. She takes the Chicago subway to a public lavatory where she commits suicide. Told from Claire’s perspective during the final train journey of her life, »The Forbidden Zone« uses flashbacks to interweave the fates of these three women with texts by Mary Borden and other important contemporary female voices against war in a theatrical collage 100 years after the breakout of the First World War.

>An original, hard-hitting piece of political theatre that speaks to the future as much as the present.<
– The Financial Times

>Time is fluid and different eras co-exist in this haunting piece.<
– The Guardian (Lyn Gardener) 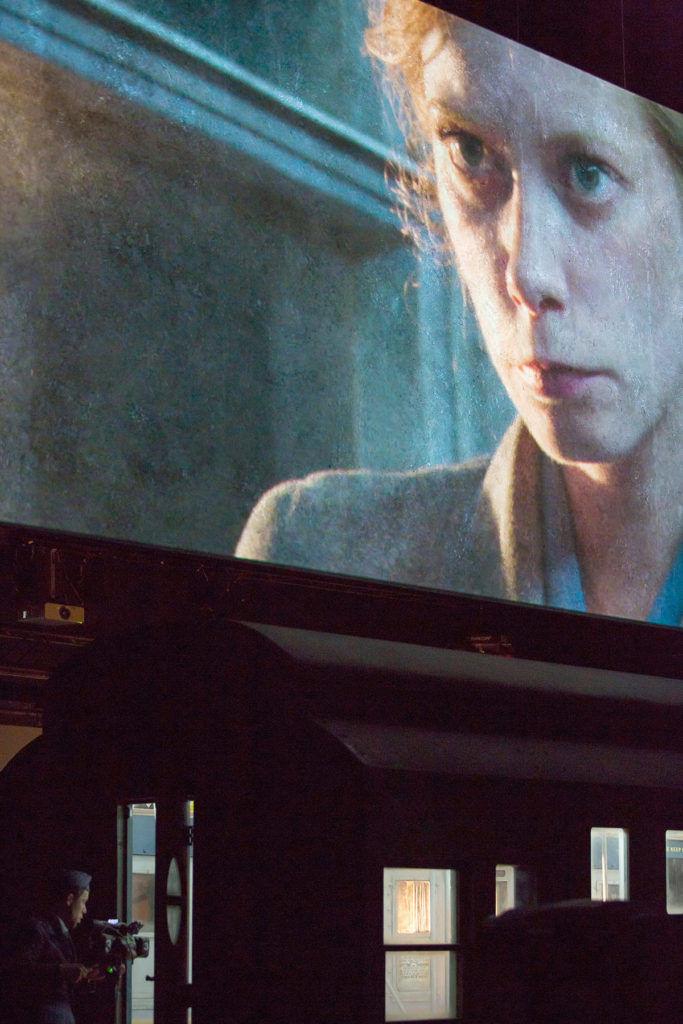 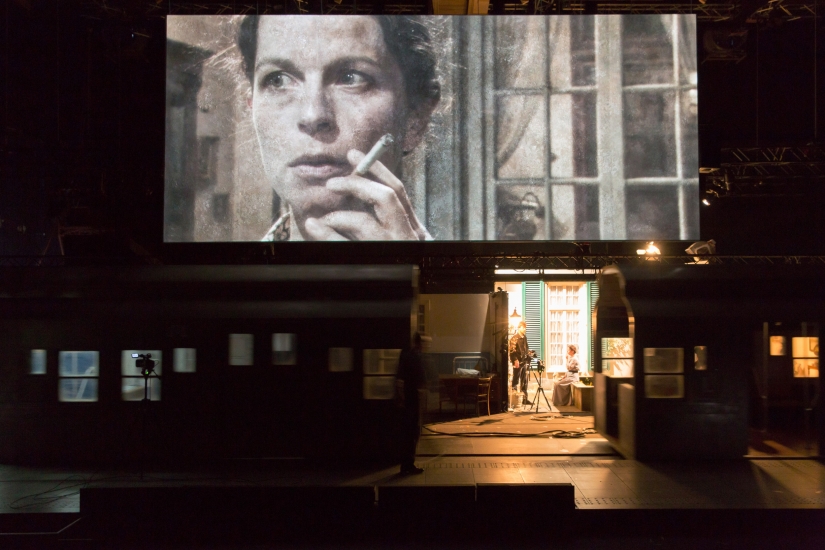 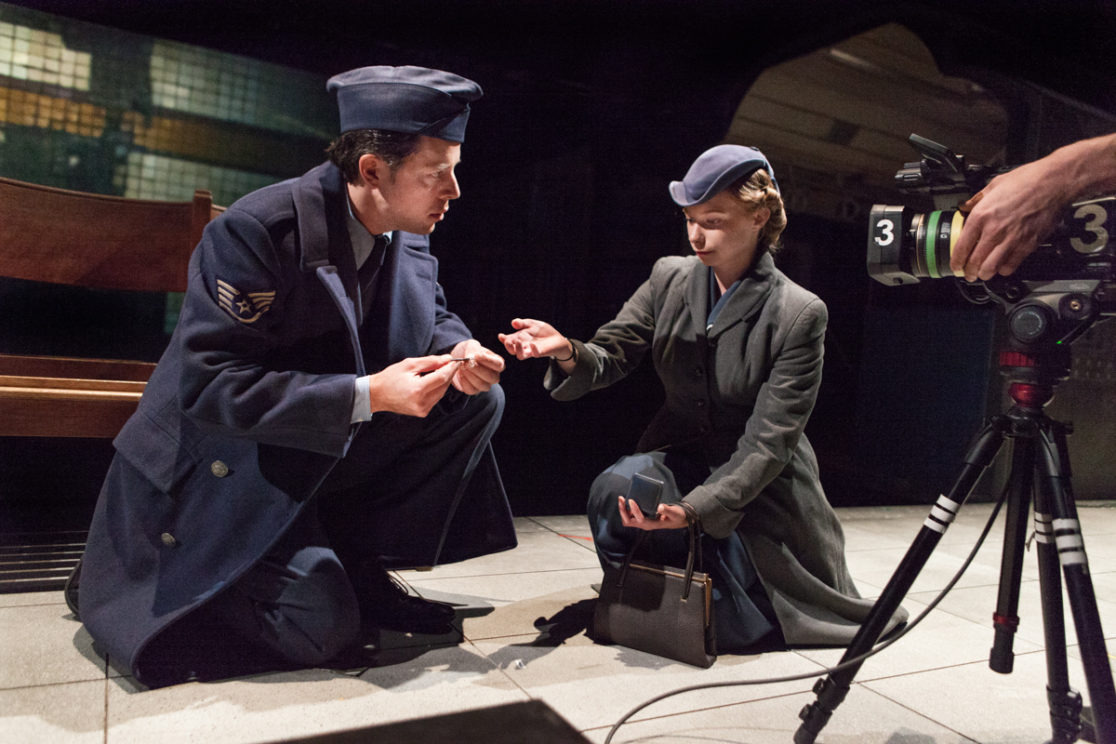 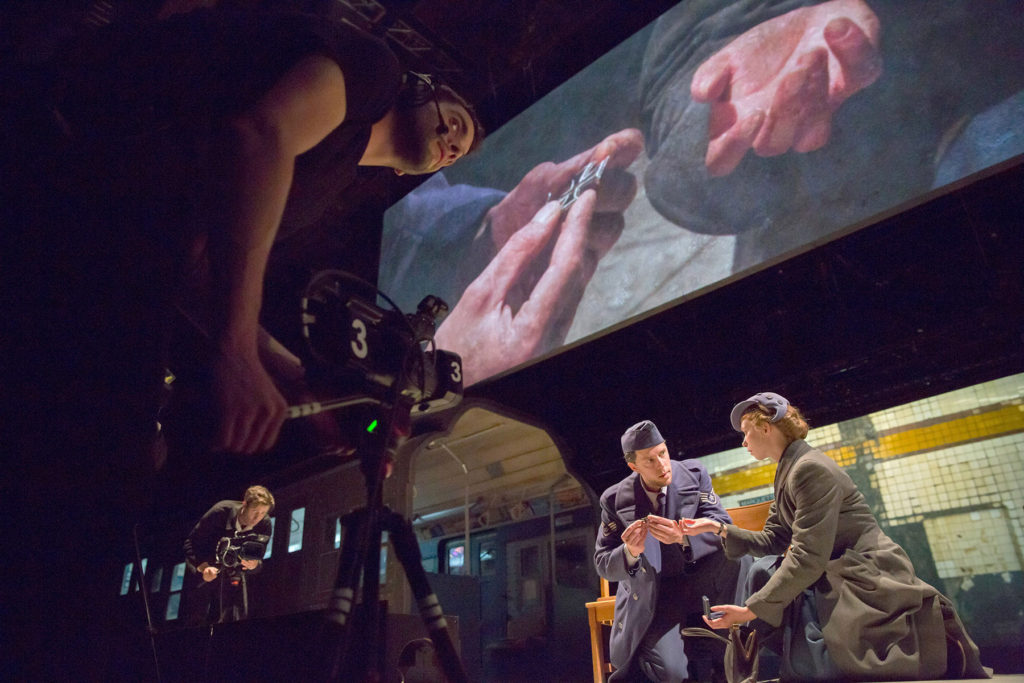 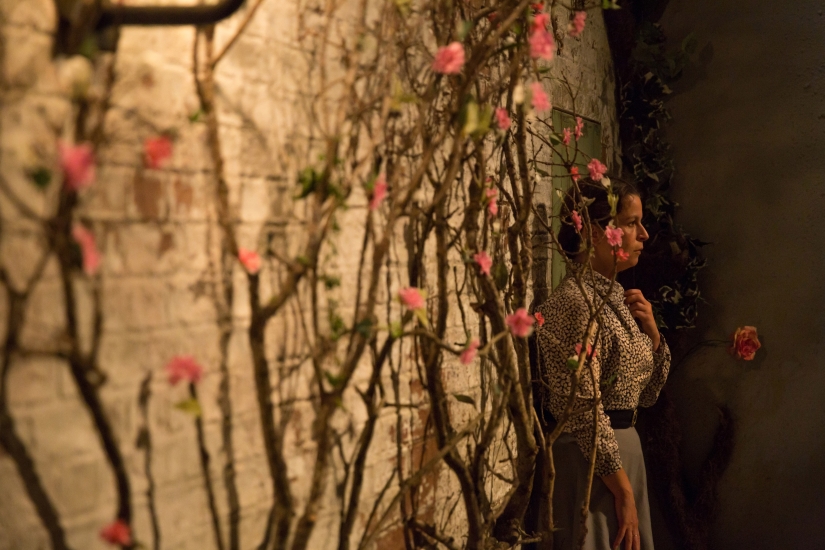 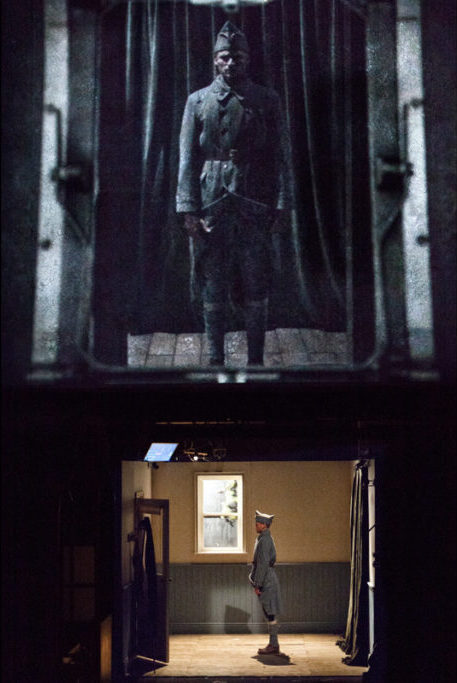 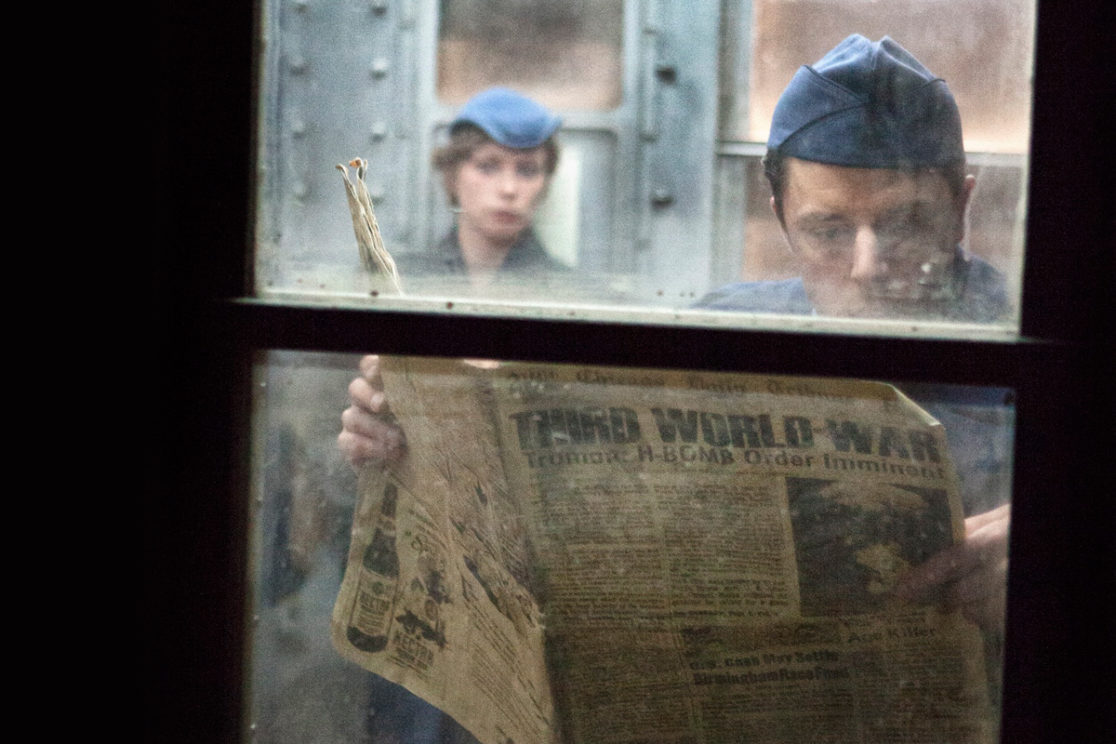 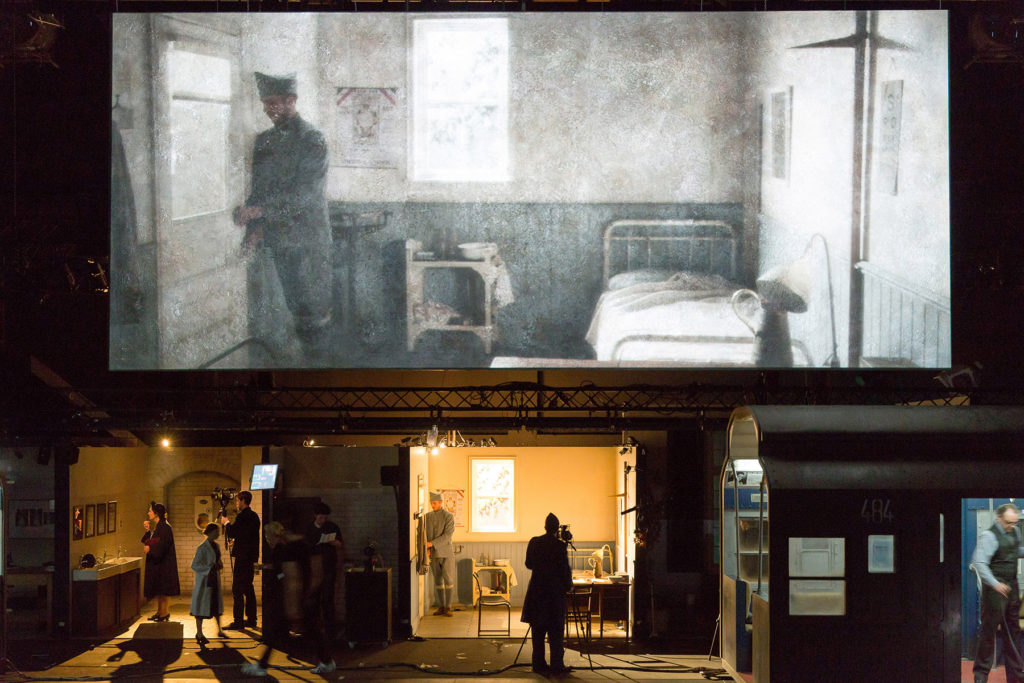 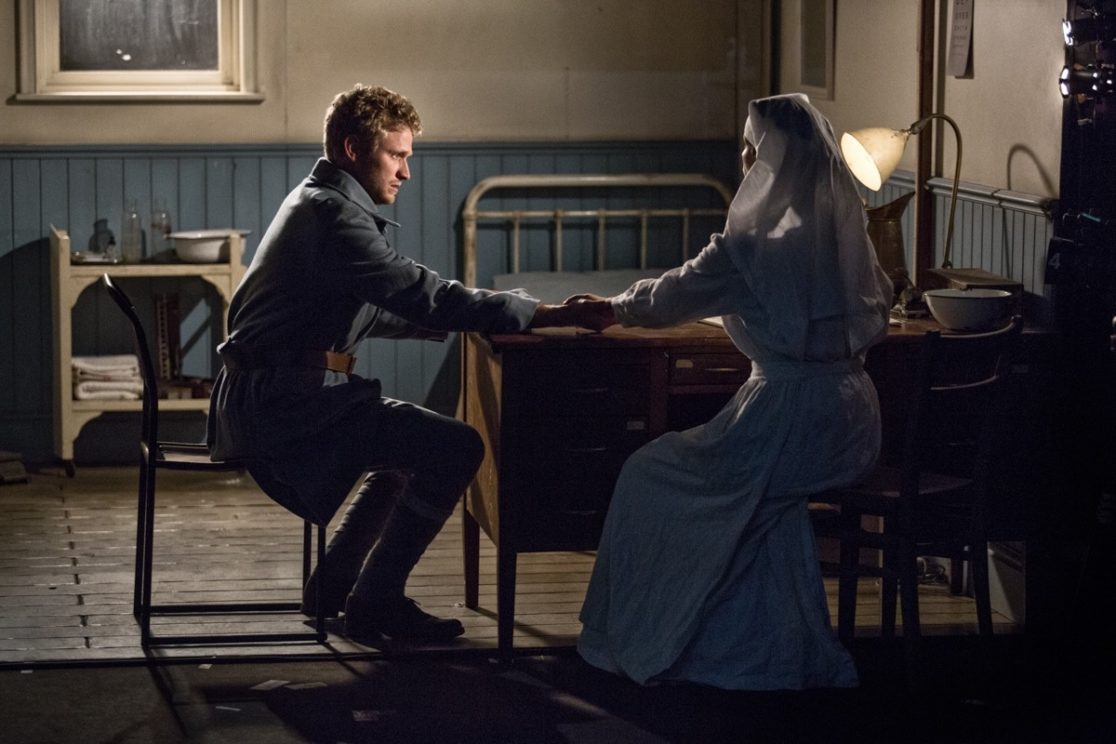 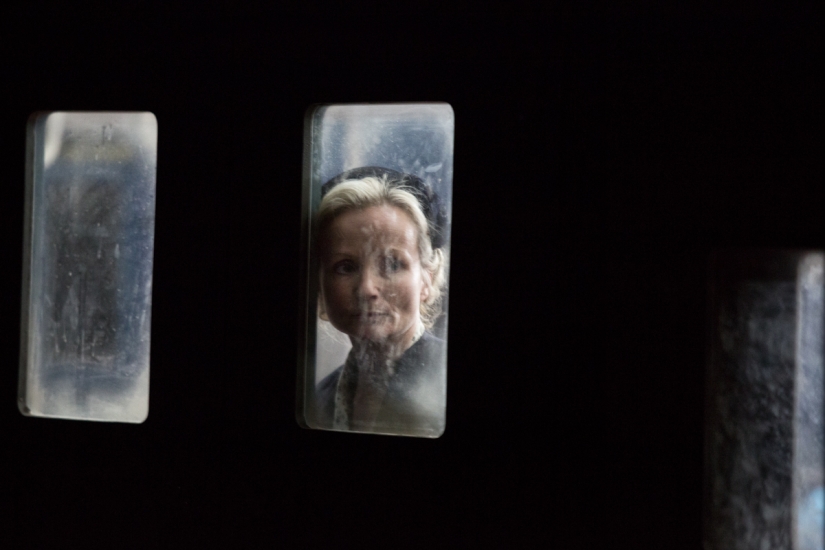