Mitchell has made her German debut with Wunschkonzert (Request Programme), her adaptation of German writer Franz Xaver Kroetz’s 1973 play of the same name. Mitchell is the first ever British director who brought her work to the country’s most prestigious theatre festival, the Berliner Theatertreffen. Kroetz’s short text is structured in five parts, each narrating the actions of a single middle-aged woman, Fräulein Rasch, after she returns home to her apartment following a day at work tending to envelopes in a stationary factory. She watches television, listens to a sentimental radio request programme, prepares and eats a solitary supper, accomplishes some sewing, and readies herself for bed. A few minutes into a restless sleep, she gets up and takes an overdose. Kroetz’s fiercely leftist political vision infuses his preface to the play as he draws clear lines between Rasch’s economic enslavement and her lack of emotional fulfilment; her ordered and mundane everyday activities, and her romantic daydreams; her unfulfilled expectations and her hopeless prospects. In Kroetz’s estimation, the play “documents one’s inability to shake loose the slavery of production”. It culminates in the self-destructive act of a woman whose own exploitation and repression by capitalist culture has been, literally and tragically, privatised.

The play is an especially effective test case for the particular form of realism that Mitchell has pursued with her multimedia treatment of Wunschkonzert – a colossal collaborative endeavour: a company of 12 actors, musicians, and technicians executed a cinematic representation of the final hours of Fräulein Rasch that was edited live and simultaneously projected on a screen above the stage. Although Fräulein Rasch and her apartment remained resolutely tied to 1973, the modern digital apparatus, and the technicians who operated it, literally filtered Mitchell’s exploration through contemporary lenses. The concrete effects of her Wunschkonzert sought to reveal an individual consciousness. The play’s erasure of language allowed Mitchell to make Fräulein Rasch’s interiority the centre of interest.

As Mitchell’s audience observed Rasch, they were invited to juxtapose stark reality with her stream of consciousness. Once the text concluded, the film projected on the screen above the stage abruptly cut between Fräulein Rasch’s face and the output captured by a camera at another location. This camera showed an aerial view of an older woman lying on a patch of grass who had experienced some kind of attack, attended by a girl that earlier flashbacks had established as the adolescent Rasch. The film footage depicted a memory related to the introspective text heard moments earlier, temporarily displacing Kroetz’s naturalism by concretising the character’s perceptual processes (showing memory) and orchestrating a complex synthesis of elements to be worked out by the spectator.

>An experiment in perception. An exciting and magnificent evening.<
– Nachtkritik 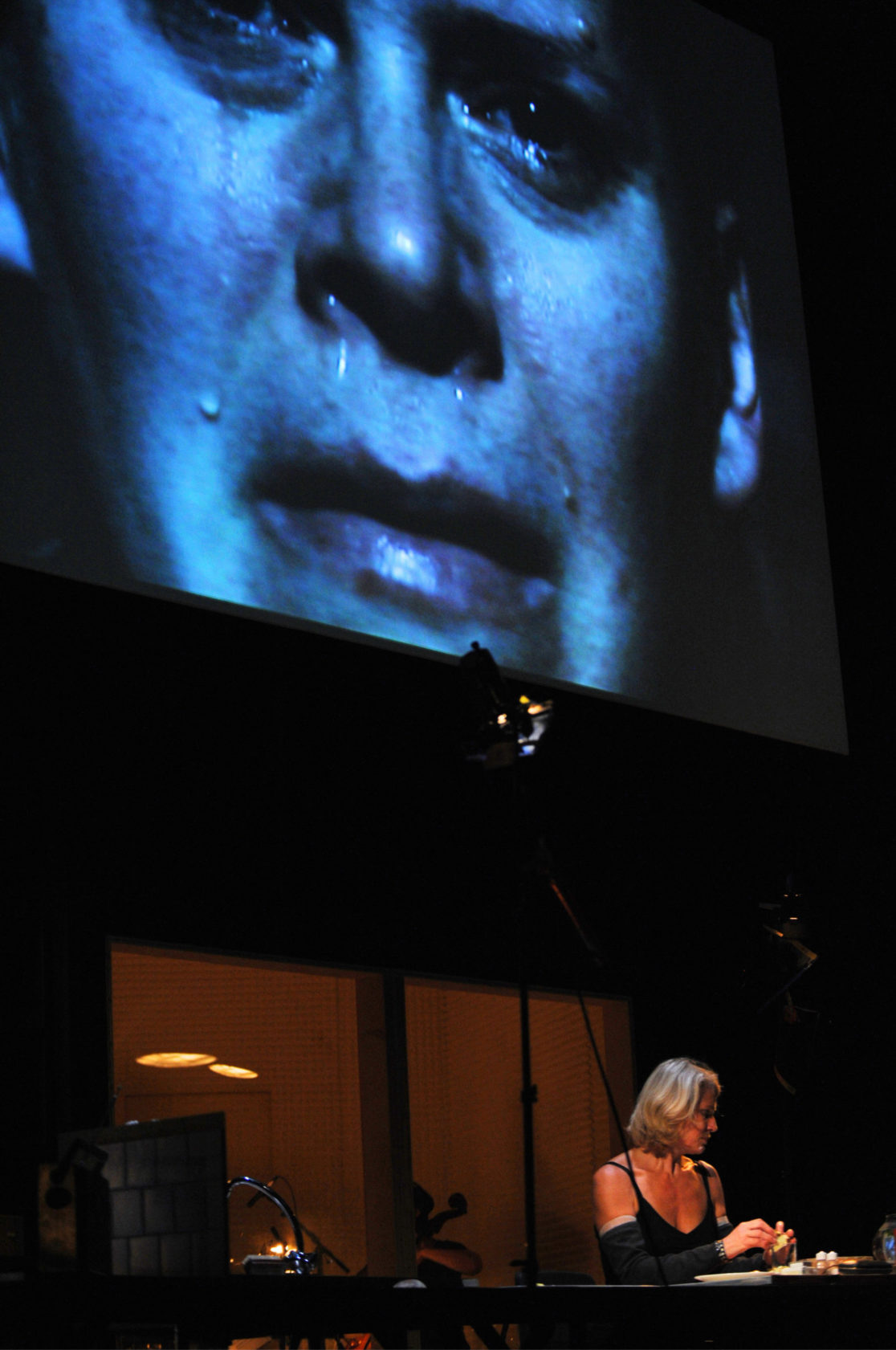 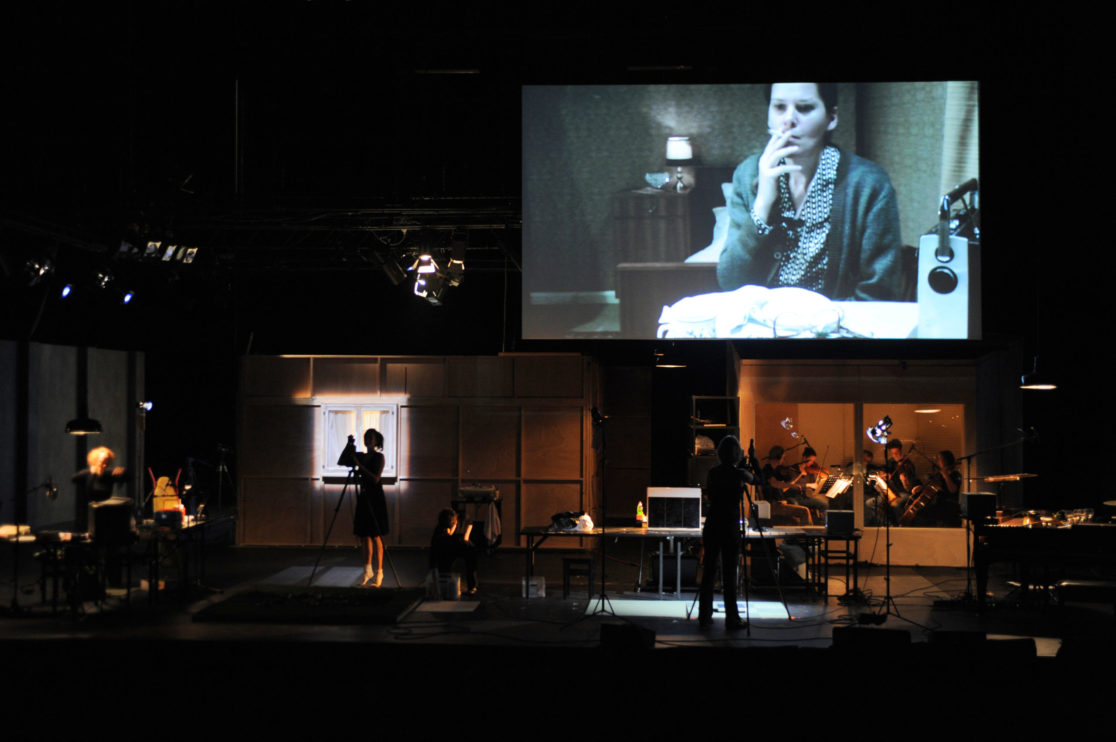 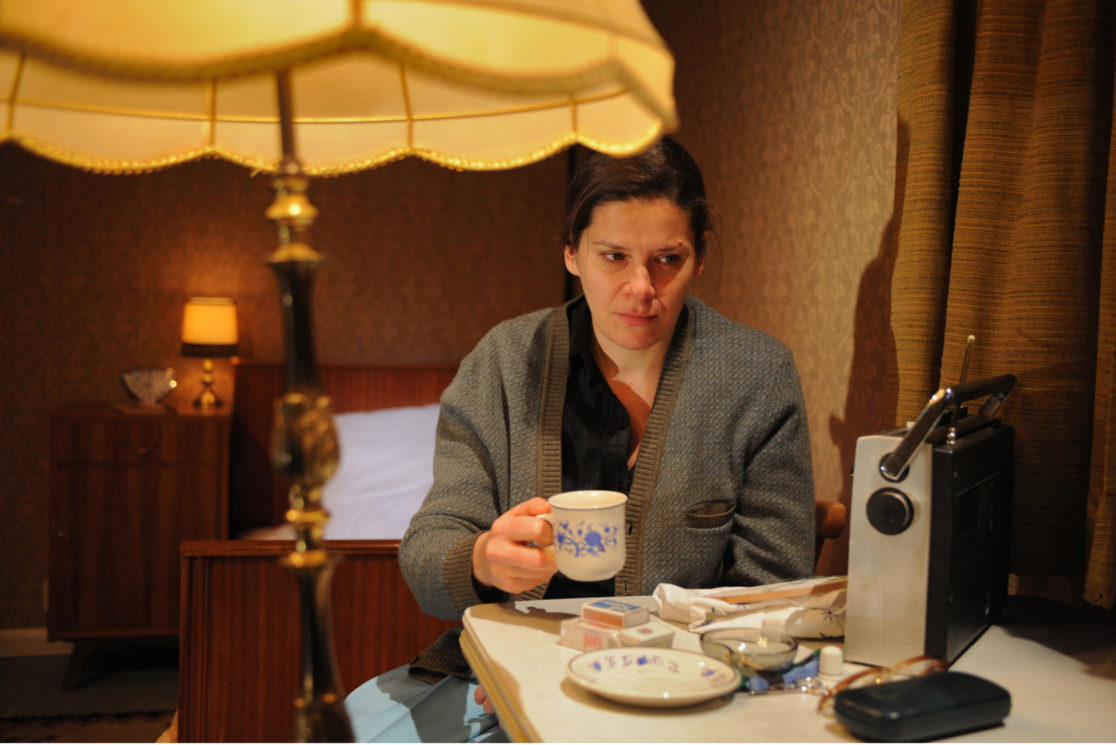 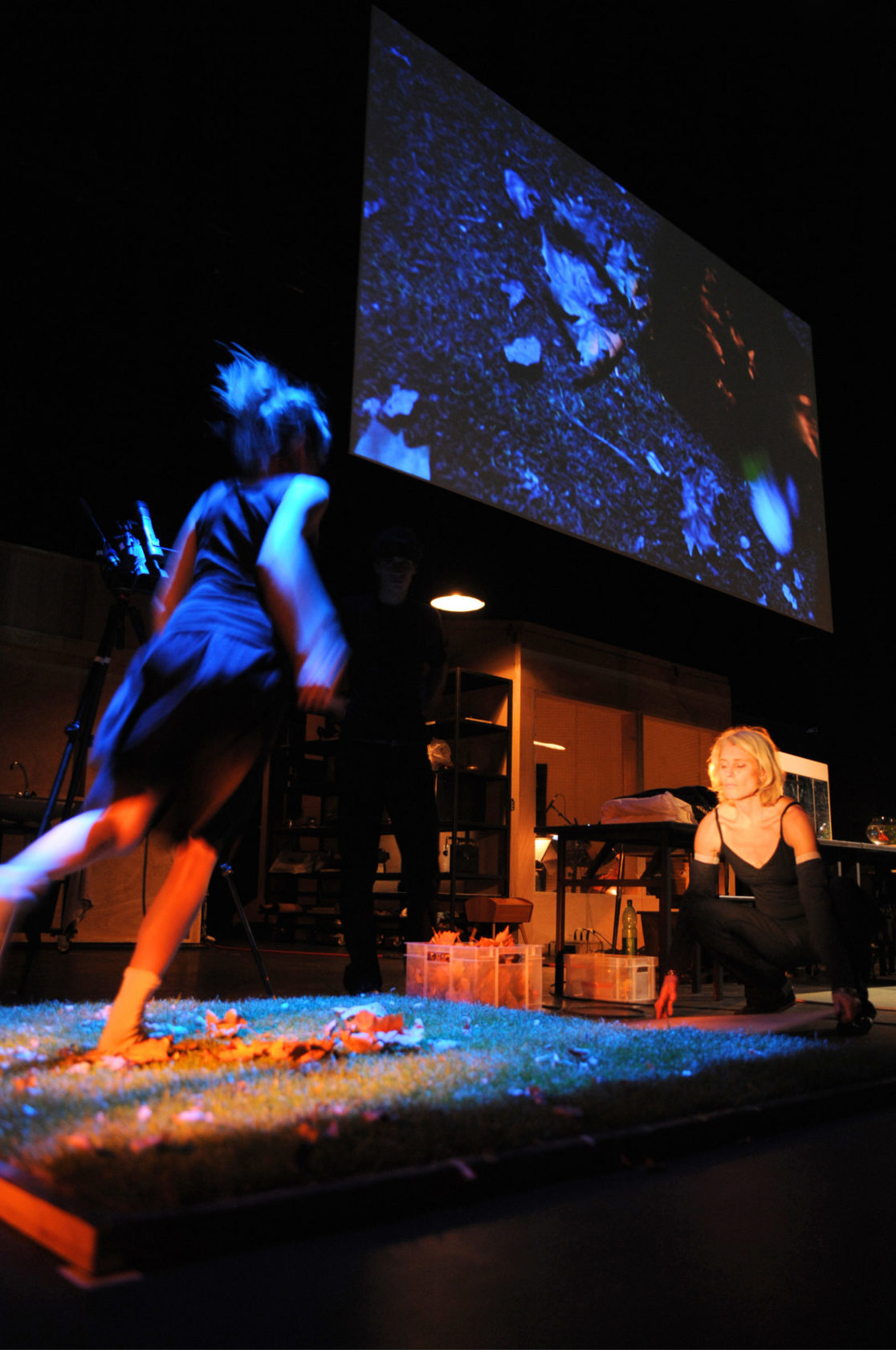 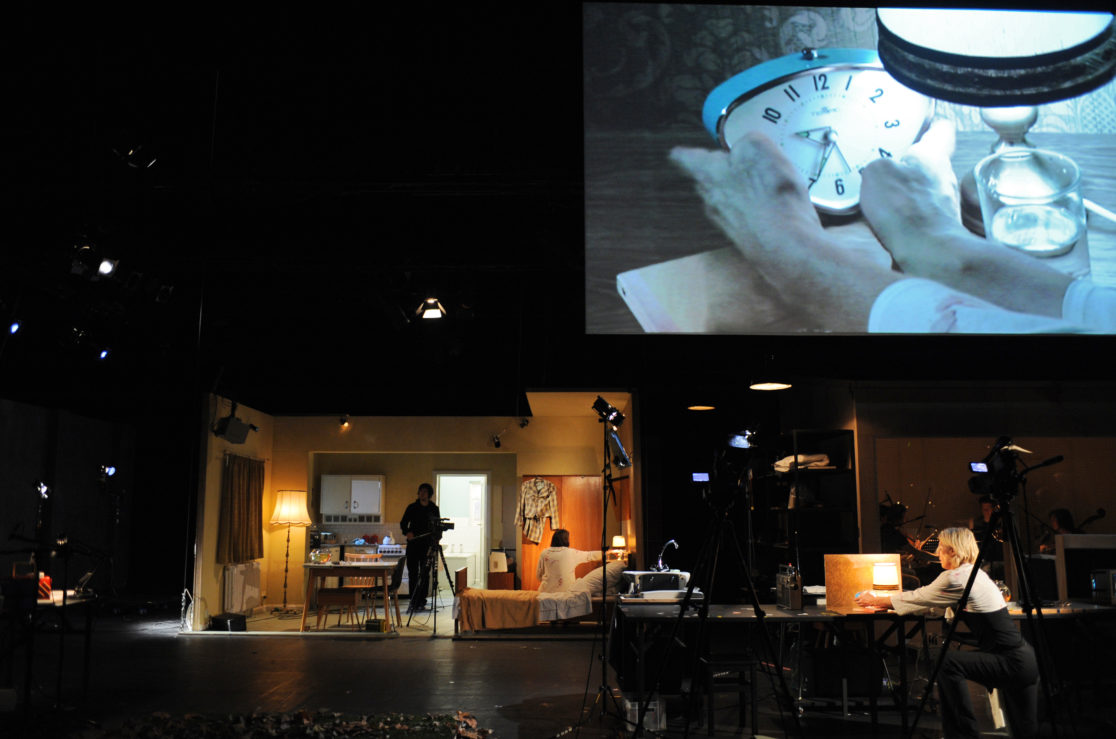 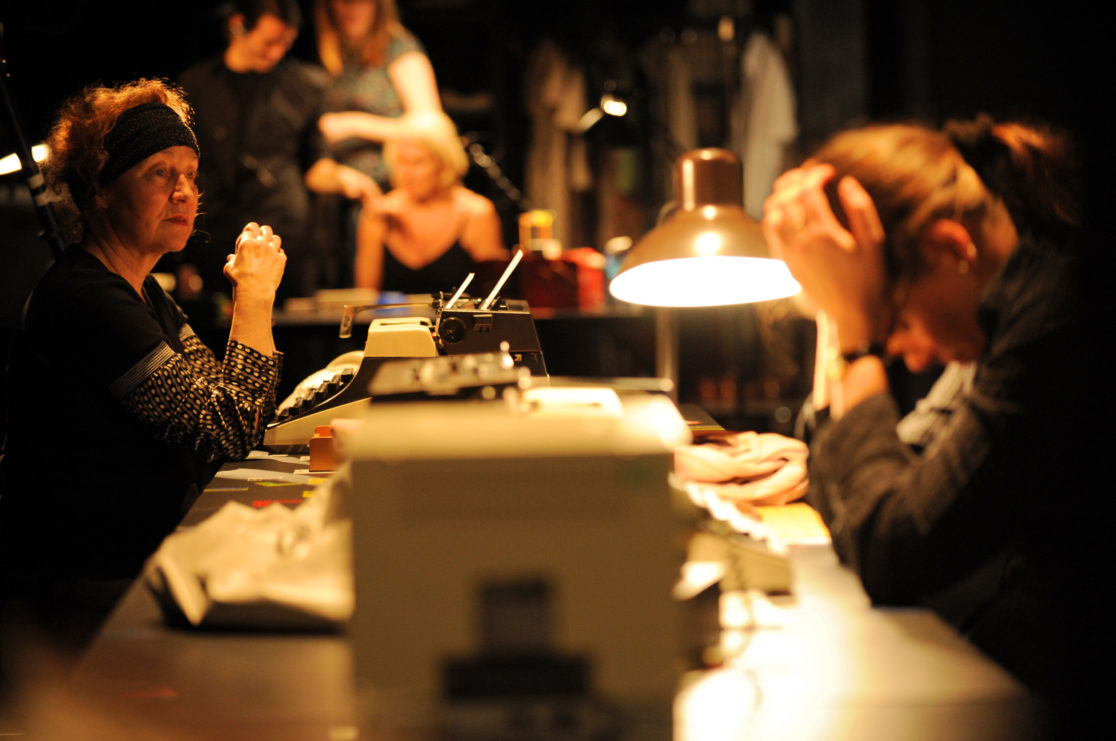 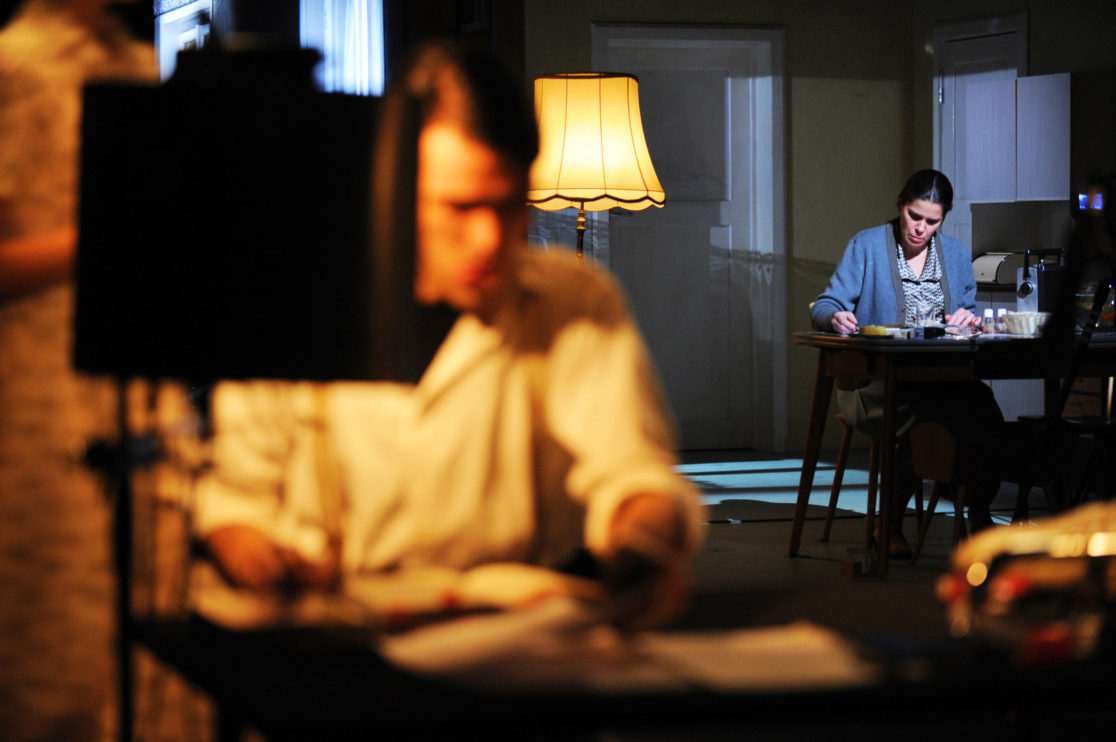 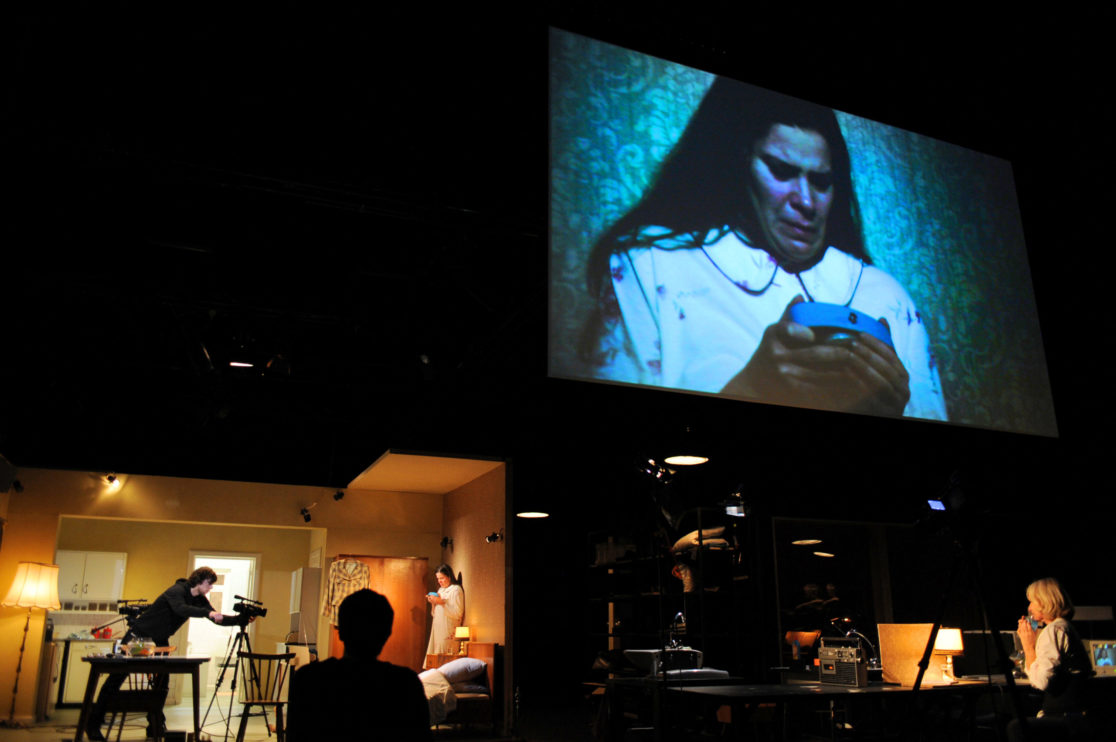 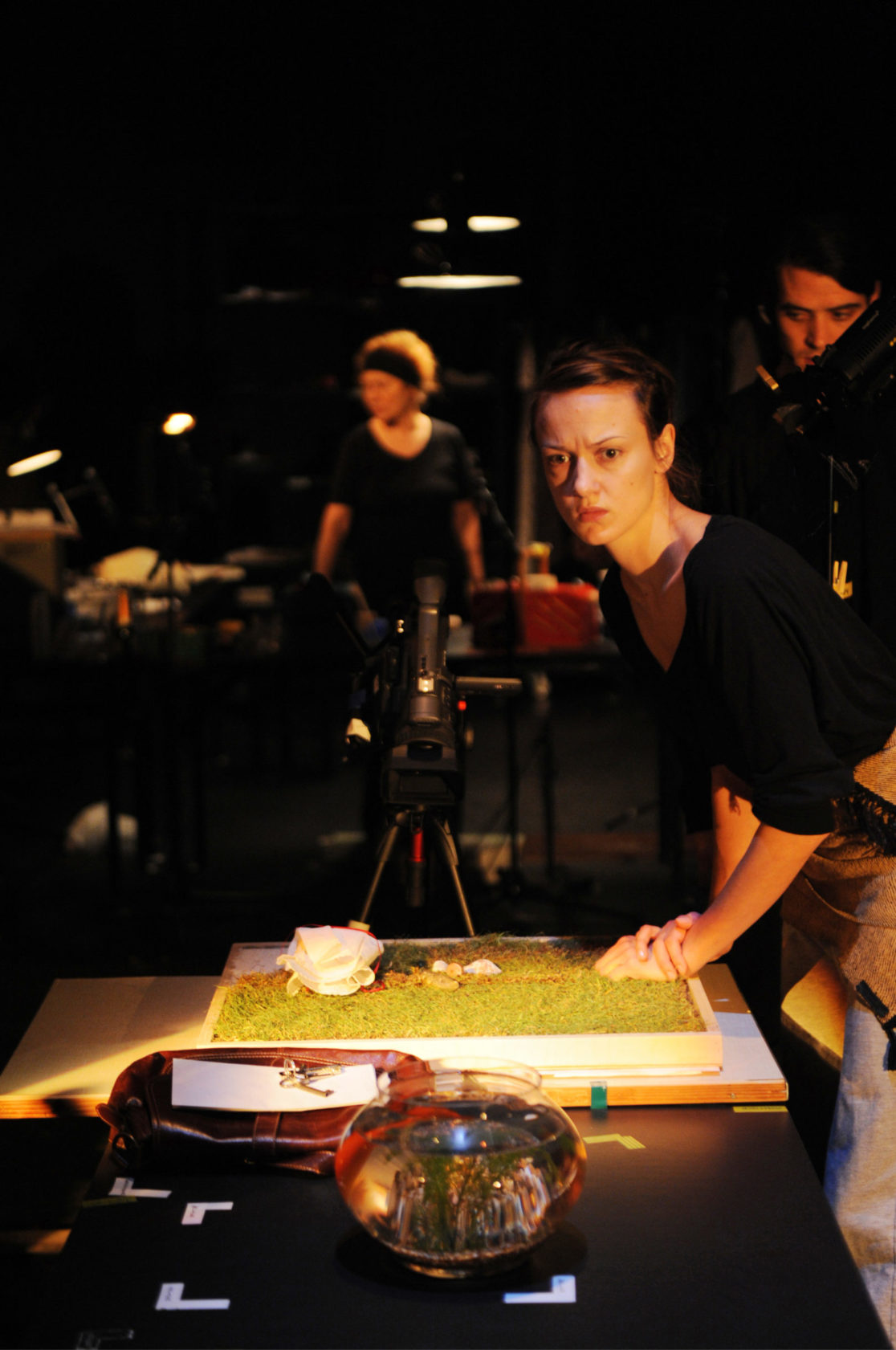 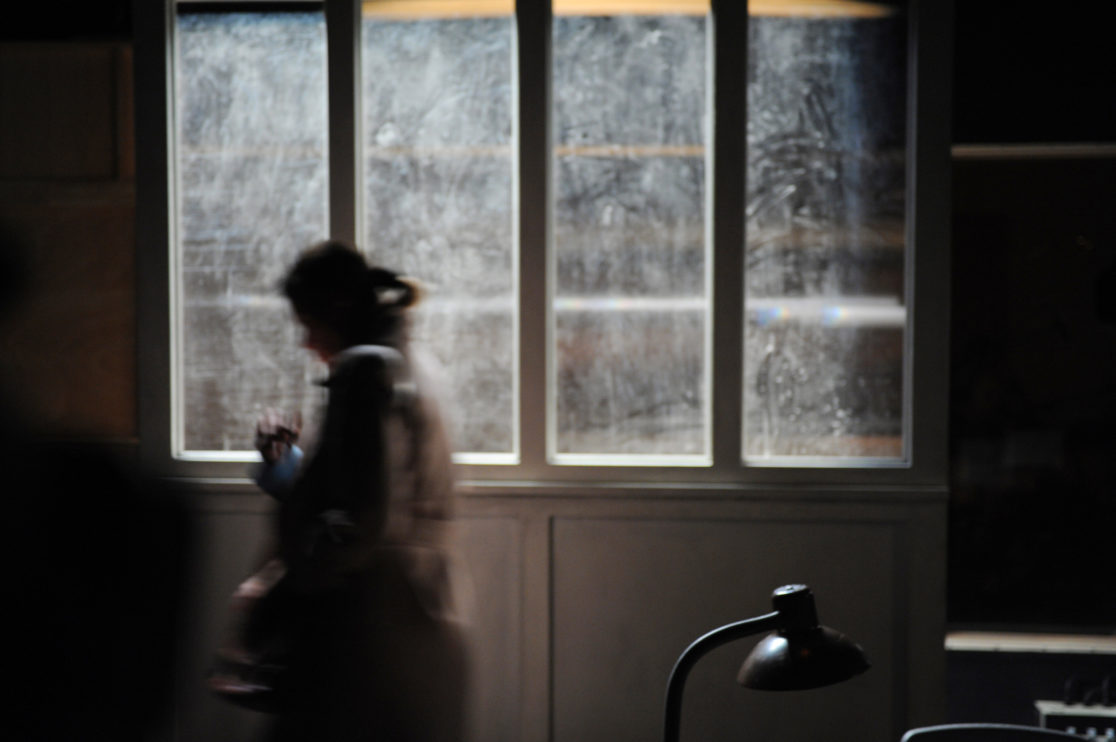 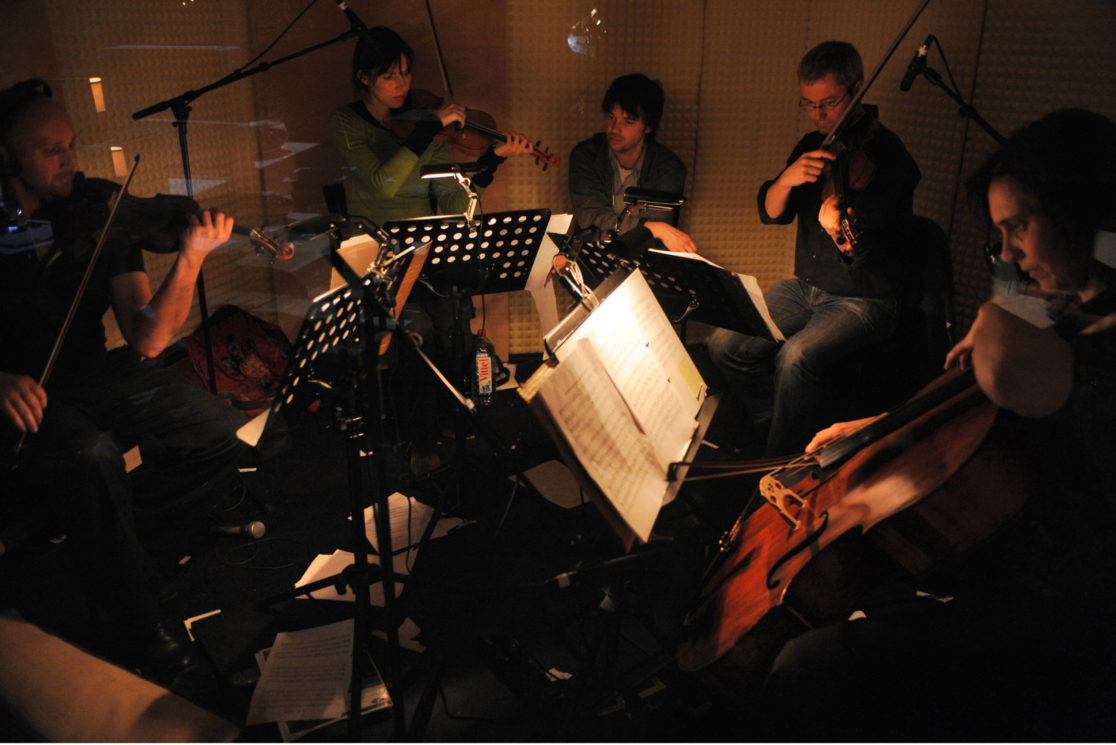 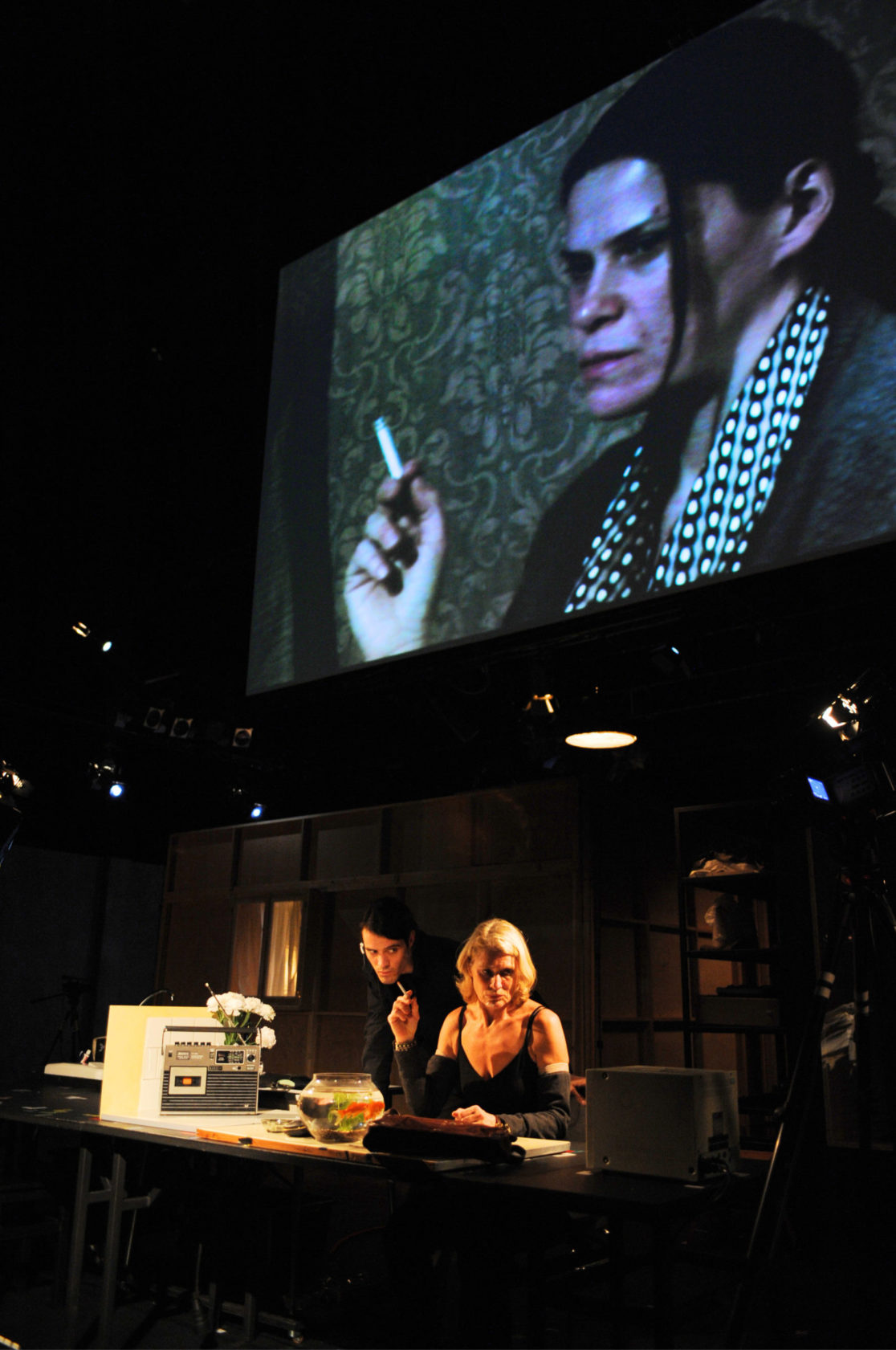 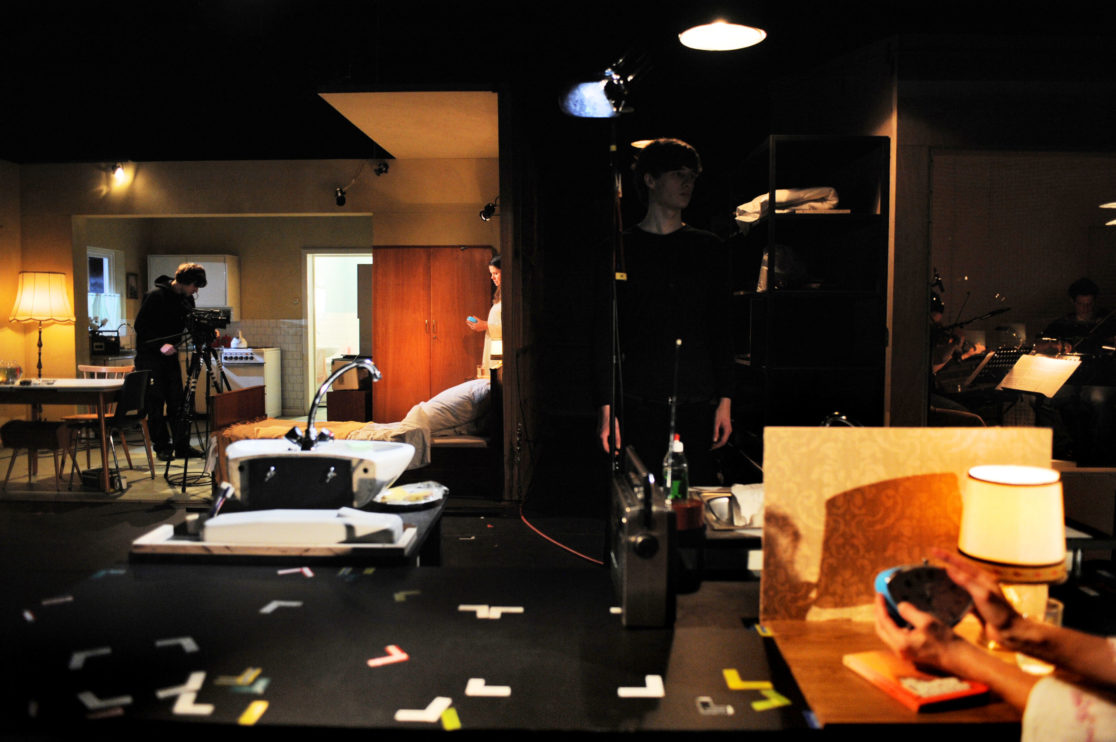