A Sorrow Beyond Dreams

A Sorrow Beyond Dreams is an adaptation for stage of Peter Handke’s short book of the same name. Austrian writer and dramatist Peter Handke set out to capture the essence of his mother’s life and chronicle the painful spiral that swept her into a darkness which would lead her to take her own life at the age of 51. Written over two winter months in 1972, the result is a slight volume, 69 pages, that can be read in one afternoon. Tracing out a life that spanned the rise of the Nazis, the Second World War, and the austerity and suffering that followed,  A Sorrow Beyond Dreams is a spare and elegant memoir from which the reader emerges drained and aching alongside its author.

Where the book, though short, is copious with words, the text of the adaptation is stark and minimal. Delivered as voiceover by either Peter Knaack, the voice of the son (i.e. Handke), or Petra Morzé, his mother’s voice

Simultaneously Handke’s reminiscences are illustrated by a seamless film projected above the stage, while being created live on the stage by performers and camera operators that scurry industiously around the intricate stage floor setting up shots, performing actions, creating dislocated close-ups, taking down and moving cameras and rostra.

In the auditorium at many given moments there are: ‚Peter Handk‘ the author of the text; ‚Peter Handke‘ or ’son‘ played by Daniel Sträßer; the voice of ‚Peter Handke‘ being played by Peter Knaack; and then there is the image on the screen where in our minds – seeing Sträßer “think” the words written by Peter Handke as Knaack reads the words which Duncan Macmillan has chosen to represent the book for the theatre piece with the same name – everything compresses into one ‚reality‘.

Television rarely wants us to think that it’s television; Mitchell’s Wunschloses Unglück, however, won’t stop showing us the multiple elements that are being used to achieve the illusion of a coherent single reality. We are constantly being asked to question the way that we look at these constructed ‚people‘ in this ‚realistic‘ setting. We can see with our own eyes that they’re not ‚real‘ at all.

>A Sorrow Beyond Dreams feels like it lingers inside you for a long, long time.<
– Andrew Haydon 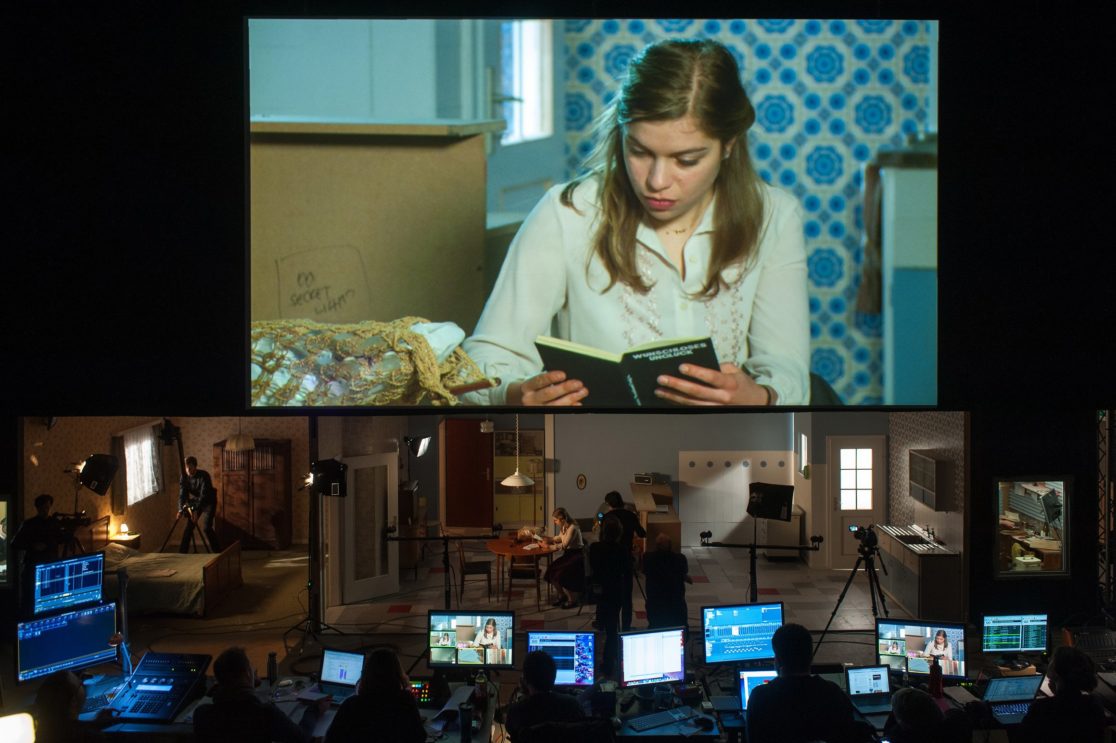 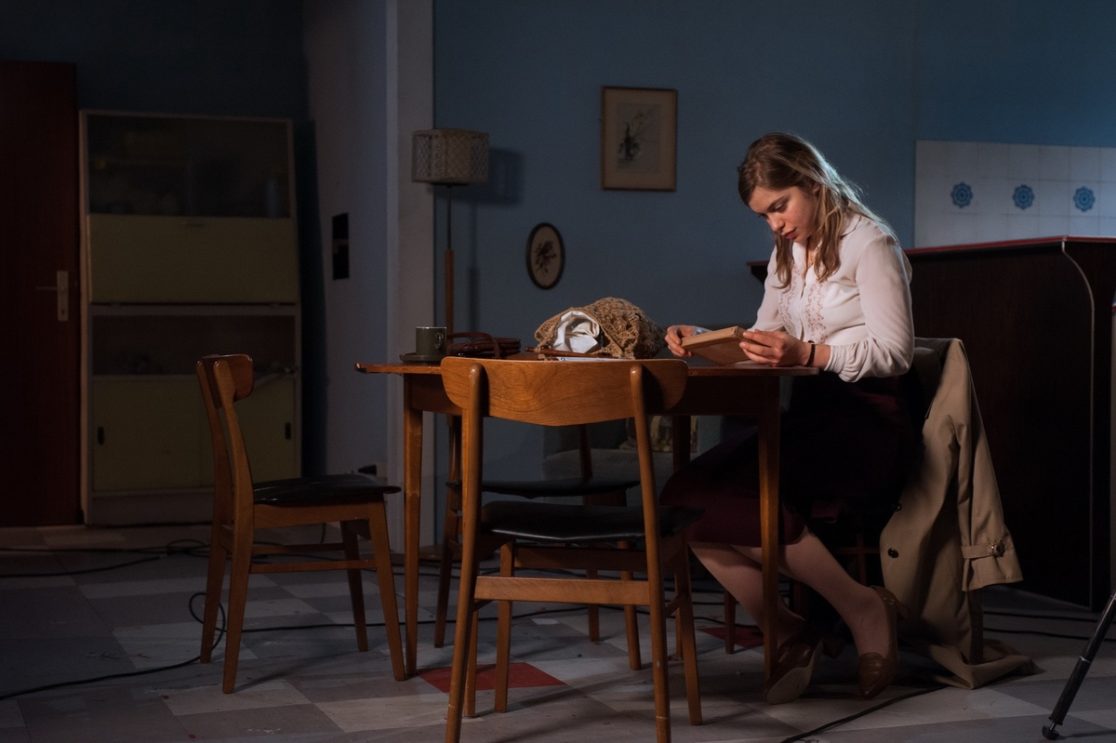 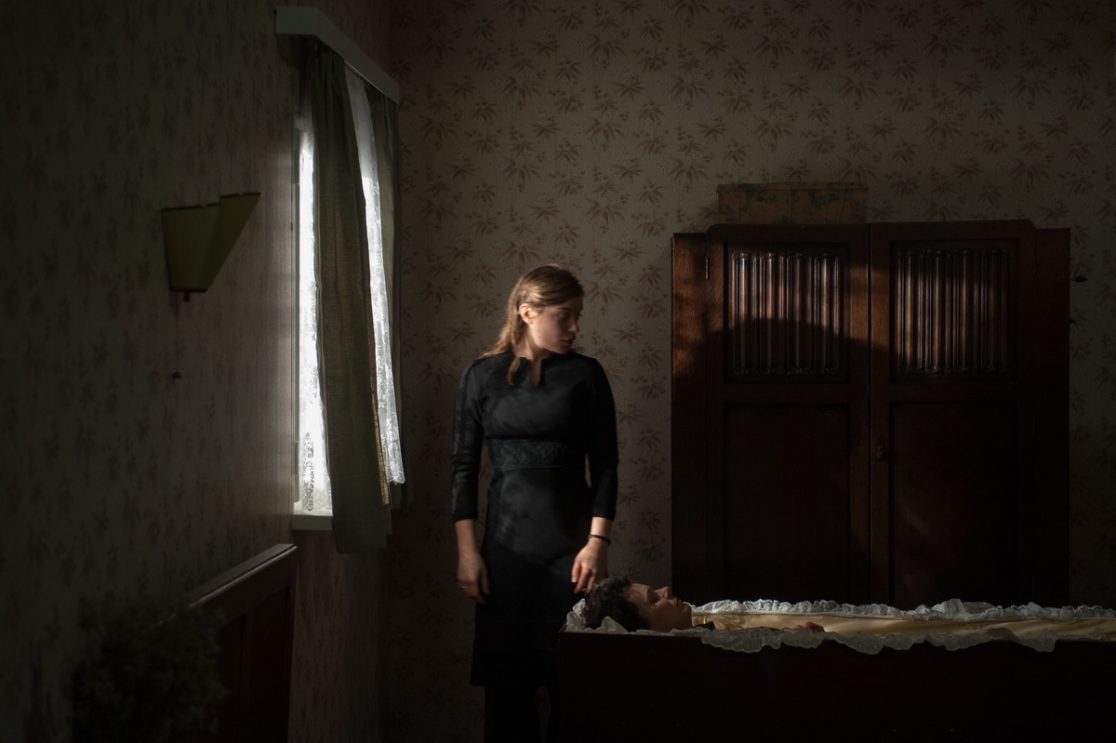 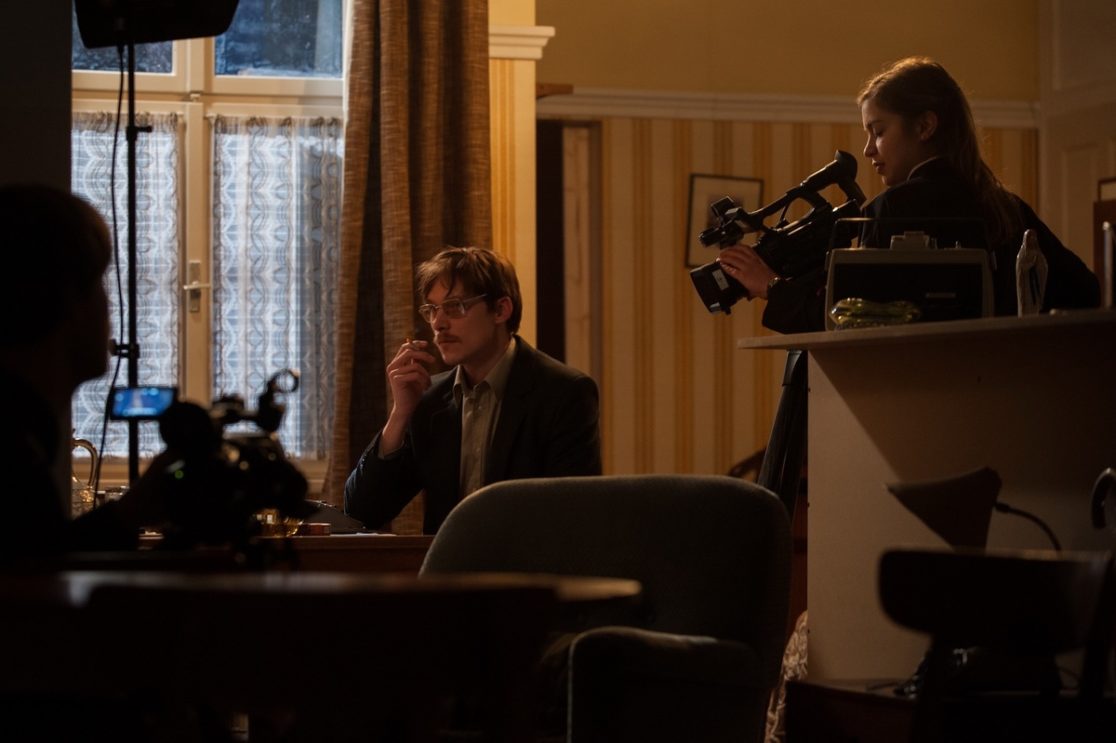 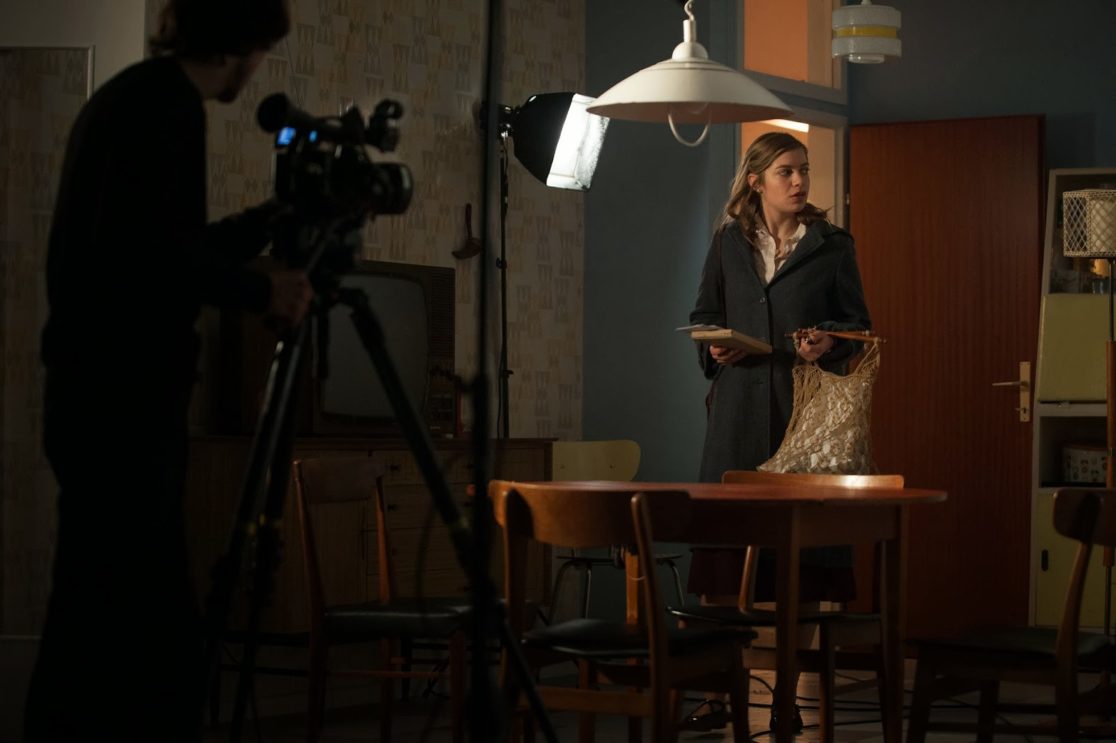 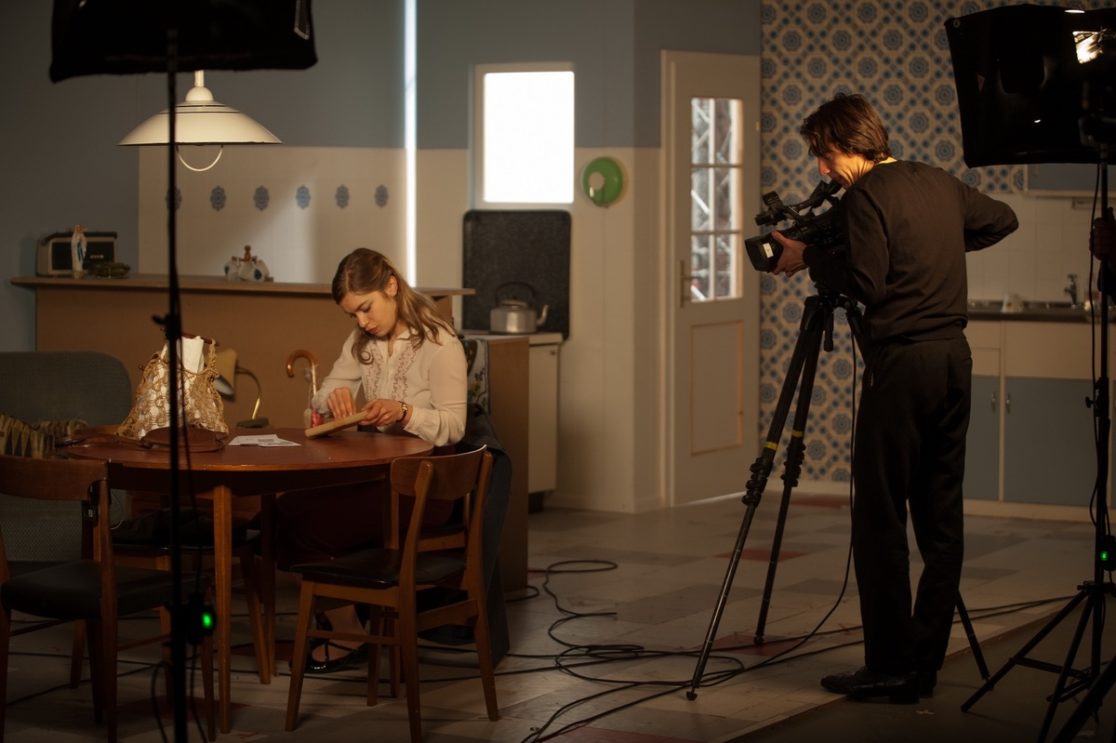 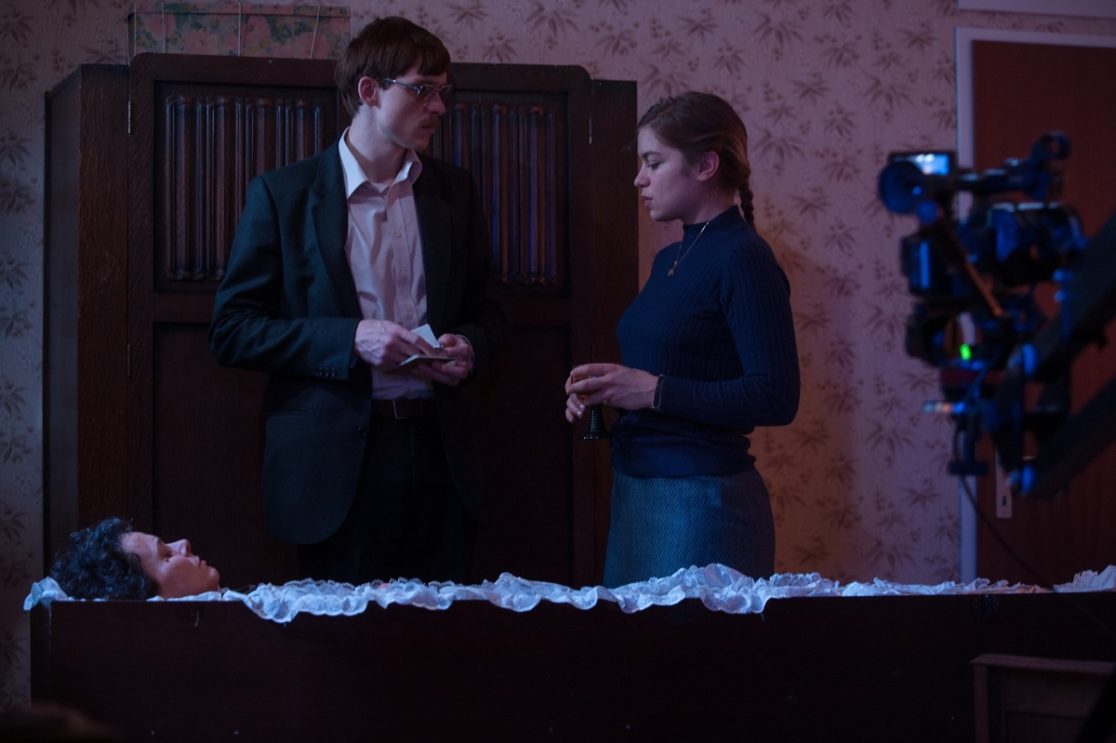 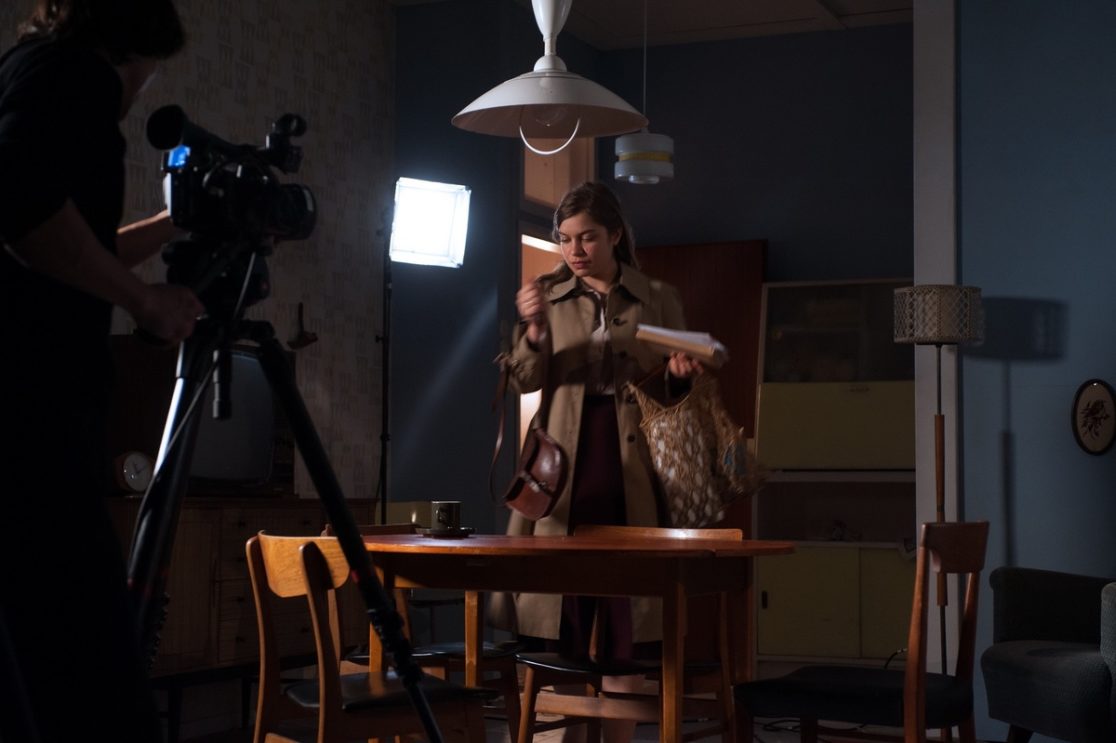 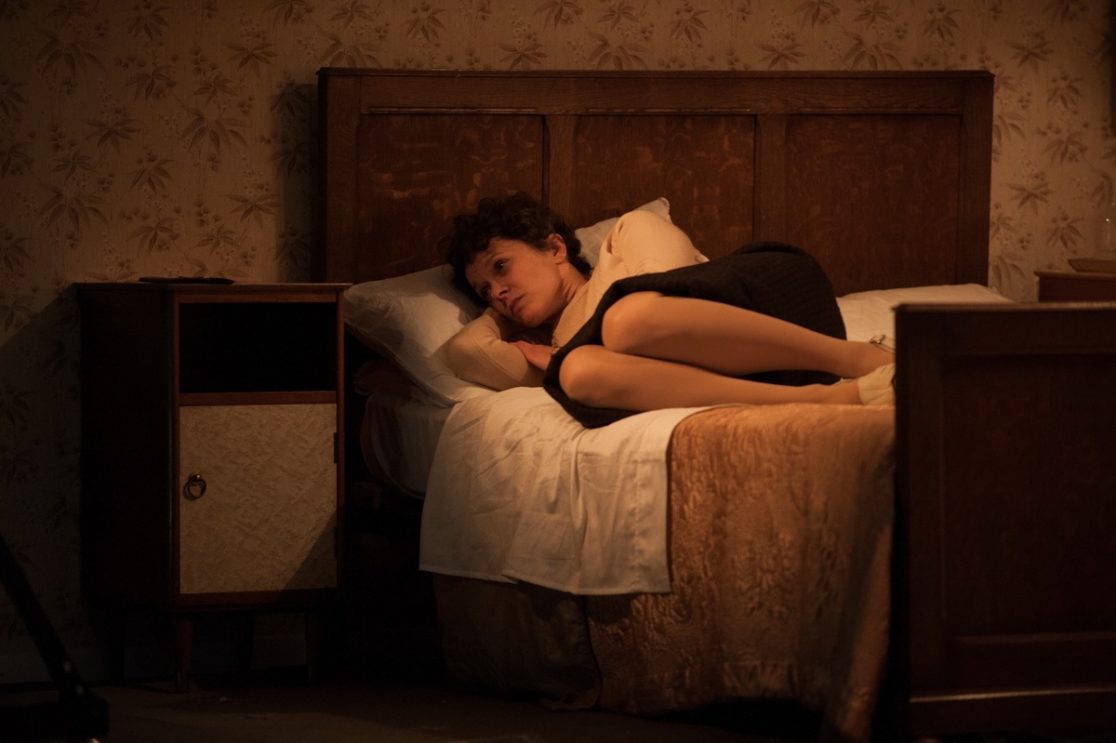 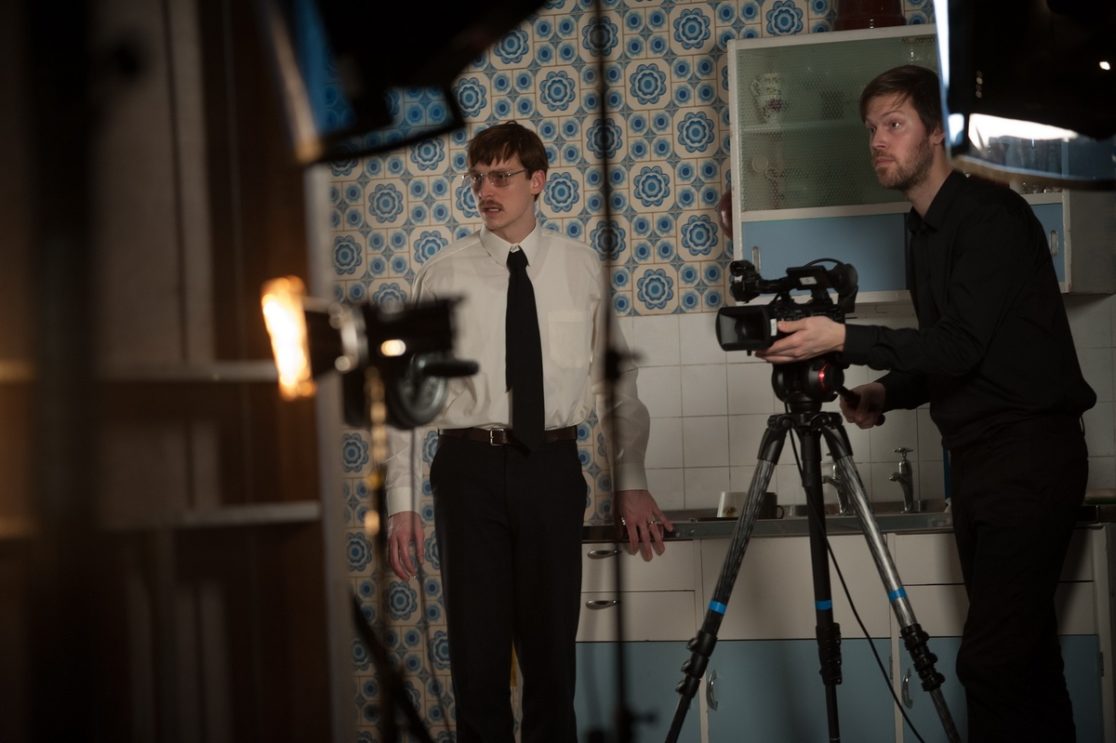